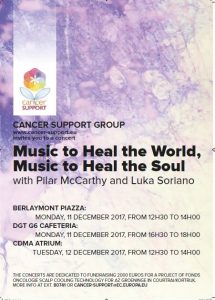 This December we invite you to bring softly the year to closure TOGETHER.

Looking back to the last 11 months, there have been many moments in which we met as a growing community, inventing new ways to come together, know and support each other in so many occasions.

We have prepared a series of three concerts and people who have attended some of our activities know already one of the artists, Luka Soriano. Together with his “binome”, Pilar Mc Carthy, they will bring us beautiful, healing music from around the world for an hour and a half concert in each location.

The concerts will take place as follows:

Few words about the artists. They are both coming from Valencia and have music and arts as background. They are deepening their practice towards personal development through various techniques, including going back to old music and bringing it to nowadays people as a way to anchor and process change in their lives. 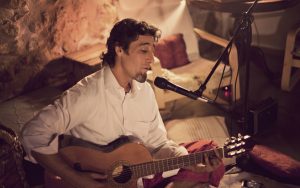 Luka (http://www.lukasoriano.net/) is well-known also for being the funniest clown that makes kids in Valencian hospitals laugh and forget their suffering as he collaborates with  Payasospital, a charity that brings a bit of a smile on children’s faces in hospitals. 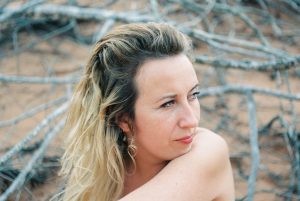 Pilar (http://pilarmccarthy.com) roots her energy in her “tierra”, believes strongly in the healing power of the feminine energy and her voice is a gift of power and softness at the same time.